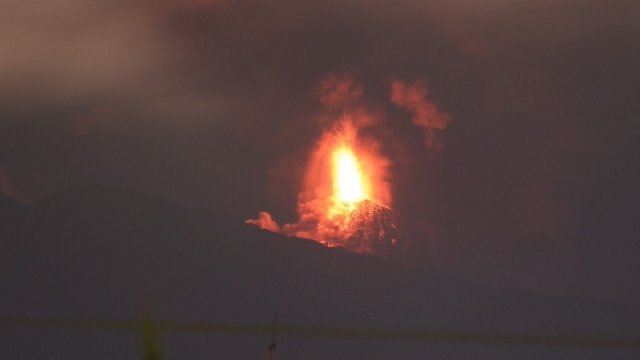 Thousands of people in Guatemala are fleeing their homes after increased activity and eruptions from the country's Fuego volcano.

Guatemala's disaster agency said nearly 4,000 people have been evacuated so far. There are orange and red alerts in place for multiple areas around the volcano.

The volcano is one of the most active in Central America.