The US Government Is Going Gray 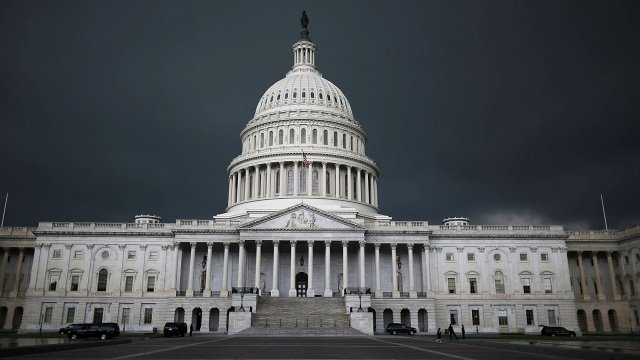 A lot of young people in the U.S. are protesting for political causes. But they don't seem to be as interested in working in government on those issues — and it's becoming a problem.

A new Politico investigation found the 2 million-strong government workforce is, well, getting old. To an extent, we already knew this. In November, Donald Trump became the oldest person to be elected president, and the average age of lawmakers in Congress hovers around 60 years old.

But the millions who do most of the government's work are also aging — and pretty fast. Currently, only 17 percent of federal workers are under 35; compare that to 40 percent in the private sector. And now, more than 25 percent of federal employees are older than 55.

This is a 20-year trend. In that time, the percentage of those workers over 55 has gone up 83 percent, while the under-45 crowd has gone down.

Obviously, there's nothing inherently wrong with an older workforce. Studies show older workers have more experience (duh) and are more focused. But at the same time, they could also be less productive, have a harder time learning new skills and tend to cost more to employ, thanks largely to health care.

Experts say this government aging exists because it's not designed to recruit or hire modern workers, thanks to bureaucracy and some rules and systems that haven't changed much since they were created in the '40s.

Also, people just aren't leaving government jobs. It makes sense for the good benefits and pretty steady income. And even though the economy is doing better since 2008, job security in the private sector is still iffy, especially for older workers.

And government work doesn't seem to have the same sheen for younger workers as it did. There's less trust in our institutions, and the improving economy can offer different and potentially more interesting jobs than the public sector.

This is all going to come to a head at some point. Experts are worried about a huge retirement wave, which could leave thousands of jobs empty, taking decades of institutional knowledge with it.