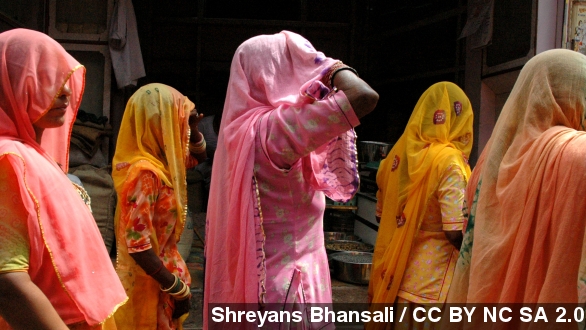 Eight women have died and even more are hospitalized in India after female sterilization went wrong.

Reports from the area say around 30 women are hospitalized, though those numbers could rise. At least 80 women received sterilization surgery at a government clinic but later felt ill. (Video via CNN)

AL JAZEERA: "Allegations are surfacing that all 80 of these surgeries took place in a five-hour period and ... these surgeries were rushed in order to meet a government target number."

Bloomberg reports a doctor performing the operations used infected tools on patients and also exceeded the limit of 30 sterilizations per day.

The incidents took place at a government-run camp in the city of Bilaspur, located in Chhattisgarh — India's 10th-largest state.

Sterilization is nothing new in the country. The operations became widespread in the '50s with the government offering incentives to get them in an effort to curb the rapidly growing population. The women, in this case, were reportedly offered 1,400 rupees, or roughly $23.

As you can probably guess based on the monetary incentives, many of those sterilized are poor women.

BBC: "It's the poverty more than their personal wish that takes them to these camps."

According to the BBC, 4.6 million women are sterilized in India every year — making up 37 percent of the women sterilized worldwide.

But these massive sterilization clinics have long been accused of being overpopulated, unsafe and all-around shady. In 2012, an Indian woman spoke with RT about her bad sterilization experience.

"I gained consciousness around 12 or 1 in the night. I was made to lie down on a bench. I was bleeding heavily on that day. I came home without being given any medicine."

India currently has the world's second-largest population with 1.2 billion people. At its current pace, the country is expected to take over China as the world's most populous country by 2050.