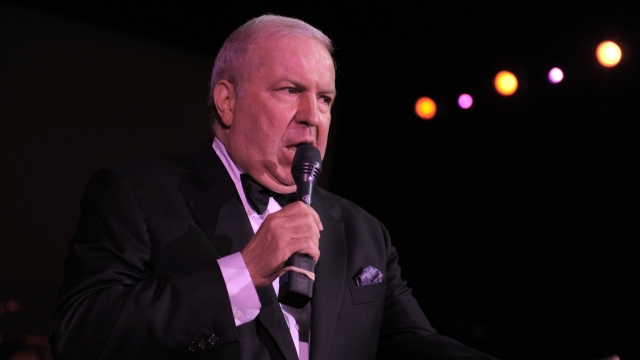 His sister Nancy confirmed the news on her Facebook page Wednesday.

TMZ broke the news, saying Sinatra was in Daytona Beach for a concert when he died of a heart attack. Sinatra's sister Nancy confirmed the news on her Facebook, adding, "Sleep warm, Frankie."

Sinatra followed in his father's footsteps as a singer and was infamously kidnapped and held for ransom when he was 19. He worked closely with his father as his musical director. Sinatra was 72.

This video includes images from Getty Images and a clip from NBC.