Suspected Driver In Thursday's Attack In Nice Has Been Identified 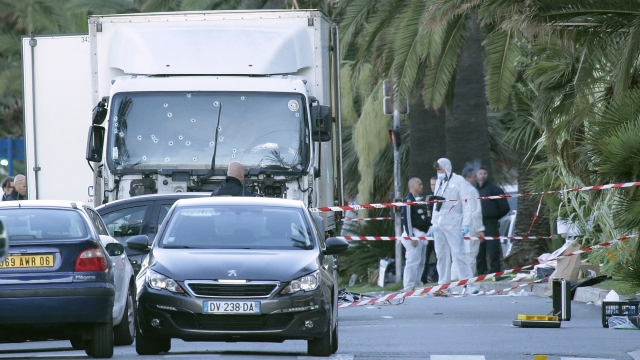 "France is horrified by what has just occurred," French President Francois Hollande said.

The death toll in Thursday's violent attack in Nice, France, continued to rise Friday as forensic teams began to comb through the bloody scene.

"Um, all the sudden, we heard, 'Pop, pop, pop, pop, pop,' and people jumping off the Promenade des Anglais. We were ... everybody ran for shelter," one witness told RT.

Officials in Nice have confirmed at least 84 people, including children, were killed during Bastille Day celebrations after a white large truck filled with grenades and other weapons drove into a crowd watching a fireworks display.

The U.S. State Department says at least two Americans were killed in the attack but didn't release their names.

Investigators are reportedly searching a property in Nice, which is believed to be his home.

According to a lawmaker in the area, Bouhlel was stopped after a person jumped in front of the truck, which allowed police to stop the attack.

Video on social media shows crowds running in the aftermath of the incident. According to authorities, the truck driver fired on the crowd after the crash and got into a firefight with police.

Hollande confirmed during his address to the nation Friday that authorities shot and killed the truck driver after he drove more than a mile through the crowded streets.