France Is Evicting Refugees From Its 'Jungle' Camp 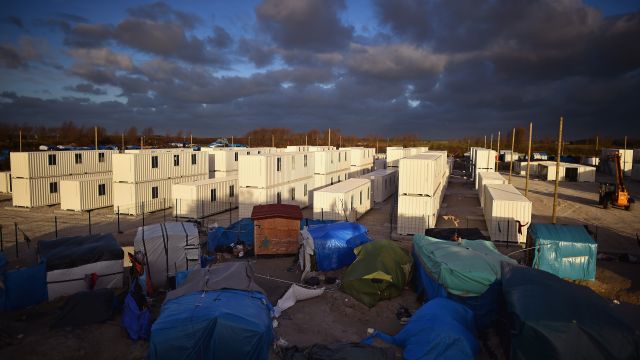 France is demolishing part of the Calais migrant camp. One of Europe's largest shanty towns, it's known as "The Jungle."

A court order calls for police to evict migrants in the southern part of the camp. The government says up to 1,000 migrants will be affected. Activists say the number could be three times as high.

Many hope to cross the English Channel and settle in Britain.

In the meantime, a mini-economy has sprung up. The camp includes restaurants, a school, a church — even a nightclub.

France says it will work with aid groups to move the migrants to a nearby park or converted shipping containers.

Aid groups say that's not a solution for the estimated 300 unaccompanied children living there.

This video includes images from Getty Images and clips from the U.N. High Commissioner for Refugees.