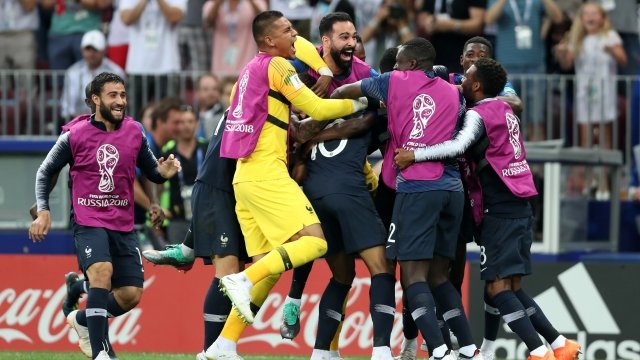 France has beaten out Croatia to win the 2018 World Cup.

It's the team's third time making it to the final round in six World Cups.

The game made history after Croatia scored the first goal ... on itself. Croatia's striker Mario Mandžukić accidentally headed a ball into his team's net, becoming the first player ever to score what's called an "own goal" in a World Cup final.

The BBC suggests it was the memory of France's defeat in the 2016 European Championship that motivated the team to win.

France also played its semifinal game a day before Croatia did, so the team had an extra day to rest and prepare ahead of the final.

Before the game, the Los Angeles Times praised France's offense for its "speed and physicality" and called the team's defense "difficult to break down."

France last won a World Cup 20 years ago in Paris.