In Light Of The Oklahoma Earthquake, Here's What Fracking Is and Isn't 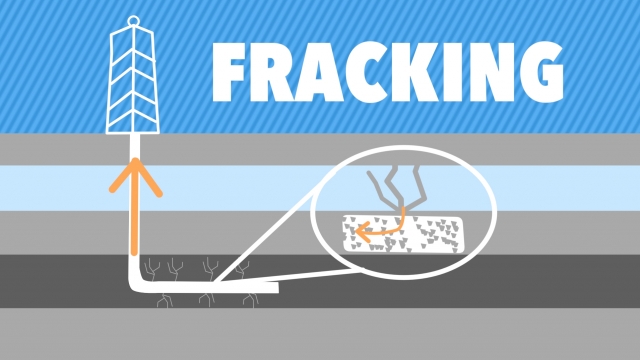 SMS
In Light Of The Oklahoma Earthquake, Here's What Fracking Is and Isn't

By Lindsey Pulse
September 5, 2016
Many believe fracking is responsible for the quake, but it's more complicated than that.
SHOW TRANSCRIPT

Days after an earthquake rattled Oklahoma and several bordering states, officials closed a number of wastewater wells. To many, that meant fracking was to blame for the natural disaster.

But is fracking really the culprit? According to the U.S. Geological Survey, it's the wastewater wells themselves — not fracking — that can lead to big quakes.

"Fracking" is shorthand for hydraulic fracturing. It's a process used to access oil and natural gas reserves in certain types of rock.

Frackers drill thousands of feet into rock formations and insert a tube into the wells. Then high-pressure fluid, often water mixed with chemicals and sand or beads, is pumped into the holes.

The water and additives are pumped at such a high speed, eventually the rock gives out and fractures, hence the term "fracking."

At this point, the natural gas and oil that fracking is targeting will flow toward the surface and be collected.

The Office of the Secretary of Energy and Environment says the disposal of the wastewater is actually the bigger problem. Largely because even more water is used in the disposal than during the actual process.

This disposal raises the level of pressure and makes the rock formations along fault lines less stable, which increases the chance of a human-induced earthquake.

Though it is important to note wastewater injection doesn't happen only during fracking. It happens at all drilling sites.