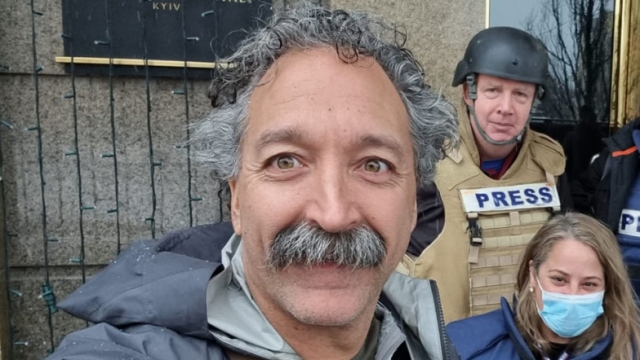 A veteran Fox News photojournalist died Monday while covering the war in Ukraine.

Pierre Zakrzewski was working with journalist Benjamin Hall when incoming fire hit their vehicle outside the capital city of Kyiv.  Hall was injured in the attack and remains hospitalized, the network said.

I don’t know what to say. Pierre was as good as they come. Selfless. Brave. Passionate. I’m so sorry this happened to you. pic.twitter.com/IvxlPWGDAl

A Ukrainian producer who helped translate for the crew also died in the attack.