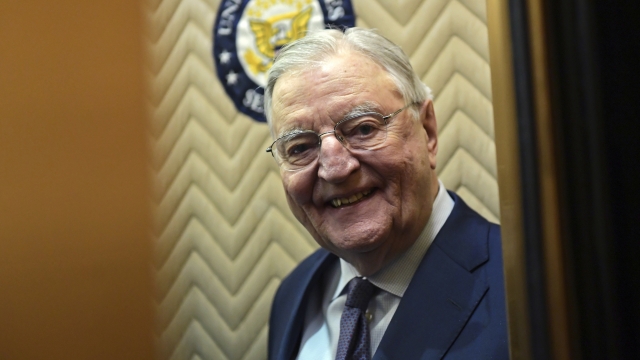 Mondale's family said he died at home in downtown Minneapolis.

During his final days, Mondale received calls from from leaders including a conversation with President Biden over the weekend. The president called him a friend and a mentor.

Mondale served as a senator for Minnesota before joining President Carter's ticket.

Mondale lost to President Ronald Reagan  during his own run for the White House in 1984.

He nominated Rep. Geraldine Ferraro of New York to be his running mate, making her the first woman on a major party presidential ticket.

In a statement, Carter called Mondale, who was known as "Fritz" to friends and family, the best vice president in our country's history.

"During our administration, Fritz used his political skill and personal integrity to transform the vice presidency into a dynamic, policy driving force that had never been seen before and still exists today," said Carter.