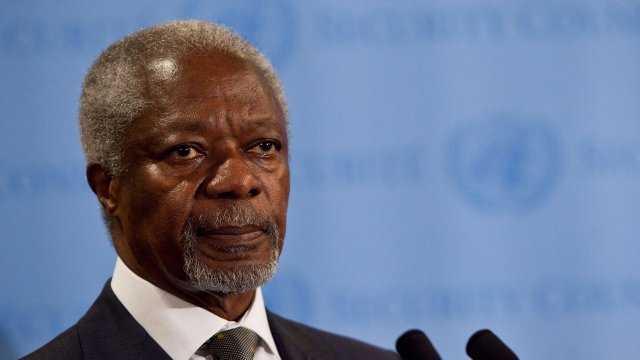 The Kofi Annan Foundation confirmed his death in a statement saying he "passed away peacefully on Saturday 18th August after a short illness." His family was by his side.

Annan was born in Ghana and moved to the U.S. to attend college. In 1997, he became the first black African U.N. secretary-general. He held the position for nearly a decade. Annan and the U.N. were jointly awarded the Nobel Peace Prize in 2001.

In a statement about Annan's death, current U.N. Secretary-General Antonio Guterres said: "Kofi Annan was a guiding force for good. … In many ways, Kofi Annan was the United Nations."

Annan leaves behind his wife and three children.