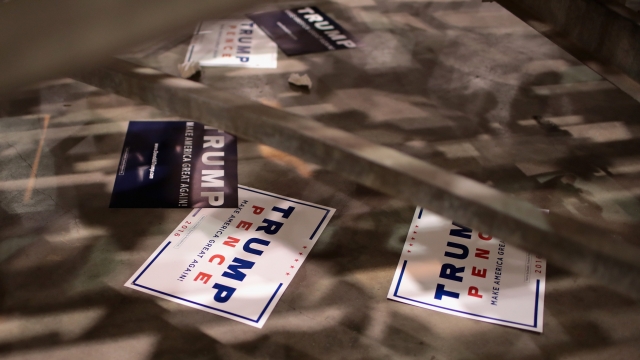 A former Trump campaign staffer says then-presidential candidate Donald Trump kissed her without permission at a Florida rally. She says it happened in front of "numerous other campaign officials."

Alva Johnson's attorney filed a lawsuit against President Trump and his campaign on Monday. The suit says, in part, that Johnson "felt reduced to just another object of Defendant Trump's unwanted sexual attention."

Johnson told The Washington Post that when the president tried to kiss her, she turned her head, and he kissed the side of her mouth. She said she "immediately felt violated because I wasn't expecting it or wanting it."

The lawsuit says Johnson was one of only a few women and a "handful" of African-Americans on the campaign and that she experienced race and gender discrimination. The suit also alleges Johnson was paid less than both white and male employees with similar positions.