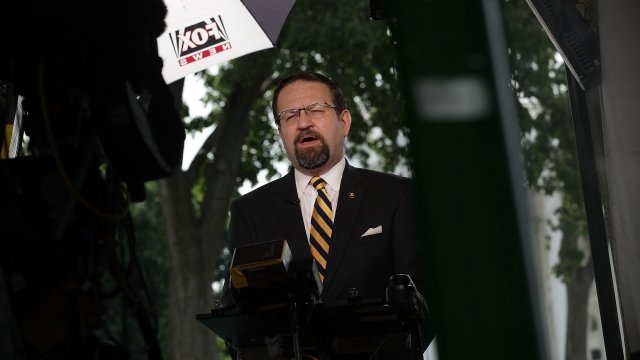 On Wednesday, Sean Hannity welcomed the former Trump aide to "the Fox family."

Months after leaving the White House, Sebastian Gorka has landed a new job at Fox News.

"I can officially announce today he is a Fox News national security strategist," Sean Hannity said Wednesday on his radio show. "Welcome to the Fox family. You know how much I love having you on the program."

The network confirmed the news later in the day.

After Eric Bolling was accused of sending lewd photos to several co-workers, Fox News announced it's parting ways with the host.

Though he may be new to the "Fox family," Gorka isn't a stranger to the network. As a guest, the conservative figure has been vocal against "political correctness," the "mainstream media" and Hillary Clinton.

Prior to working for President Donald Trump, Gorka wrote about national security for Breibart.