Former Trump Campaign Adviser Met With A Russian Spy In 2013 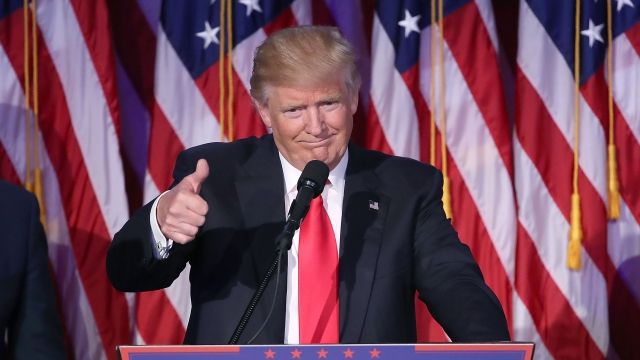 A former Trump campaign adviser says he met with an undercover Russian spy several years ago, according to BuzzFeed News.

Former adviser Carter Page told the outlet he met with and shared energy business documents with Victor Podobnyy. BuzzFeed News reports Podobnyy is a Russian spy who had cover as an employee for a Russian ambassador.

The U.S. Department of Justice charged Podobnyy and two others in 2015 for not registering with the U.S. as Russian agents.

The criminal complaint states Podobnyy and an associate tried to recruit several intelligence sources in New York City. One of those sources is listed as "Male-1." Page told Buzzfeed News on Monday he is "Male-1."

The FBI interviewed Page in June 2013, according to the filing.

To be clear, the meetings took place in 2013 — two years before Trump entered the presidential race. And Page told BuzzFeed the talks didn't include "anything sensitive."

Still, the revelation has grabbed headlines because recent news stories have said various Trump associates — and Trump himself — met with Russian officials during the campaign and transition and didn't disclose it.