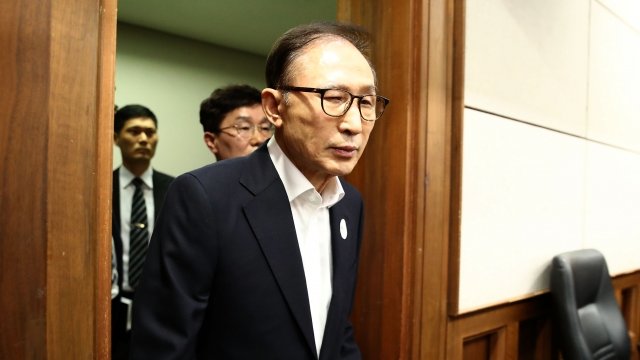 Another former president of South Korea was convicted of corruption Friday.

Lee Myung-bak was the country's president from 2008 to 2013. He was convicted of bribery and embezzlement for actions he took while campaigning and while he was president.

According to local media, the South Korean court said Lee embezzled more than $20 million from an auto parts company he secretly owned. And he accepted over $7 million in bribes, with a large bulk of that money coming from Samsung.

This is the second time this year that a former South Korean president has been convicted of corruption. Park Geun-hye was convicted of more than a dozen charges in April and sentenced to 24 years in prison.

Lee has denied any wrongdoing. The court sentenced him to 15 years in prison.