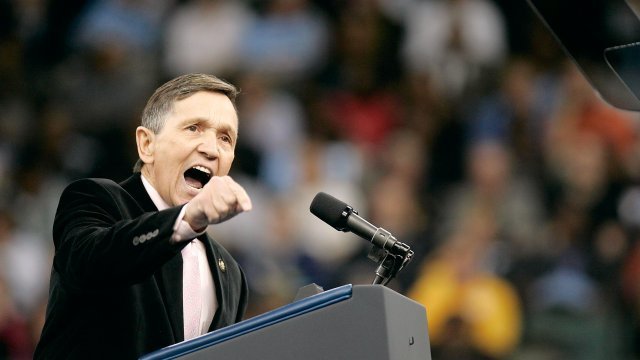 A well-known face in Ohio just filed to run for governor of the Buckeye State.

Former Cleveland Mayor Dennis Kucinich filed paperwork Monday to join the already crowded race for Ohio governor as a Democrat. Kucinich ran twice for the presidency and served eight terms in the U.S. House of Representatives.

Kucinich is a known progressive and may have luck courting so-called "Bernie Bros" and other progressive supporters. He has until Feb. 7 to find a running mate and gather 1,000 signatures.