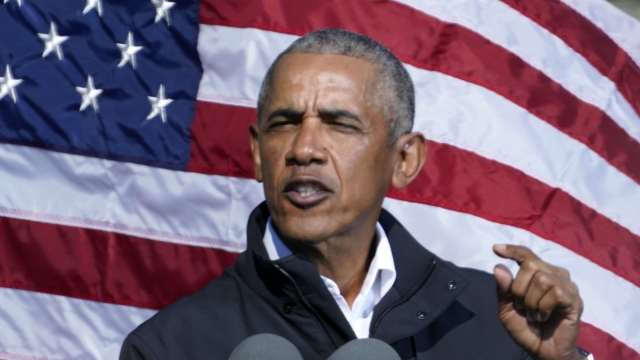 SMS
Obama: 'Institutional Constraints' Impacted Comments On Black Killings
By Eliana Moreno
By Eliana Moreno
May 27, 2021
The former president says he held back some comments on certain killings because he didn't want to sway a federal investigation.
SHOW TRANSCRIPT

Former President Barack Obama  is sharing how frustrated he was with his "institutional role" during the killings of Michael Brown and Trayvon Martin.

He says he held back on some of his feelings because he did not want to sway a federal investigation.

"I did not in any way want to endanger their capacity to go in, investigate and potentially charge perpetrators," Obama said. "Which meant that I could not come down – or appear to come down decisively – in terms of guilt or innocence. In terms of what happened. So you had institutional constraints."

The former president says he does feel he was able to help the Justice Department rework how it tackles these investigations.