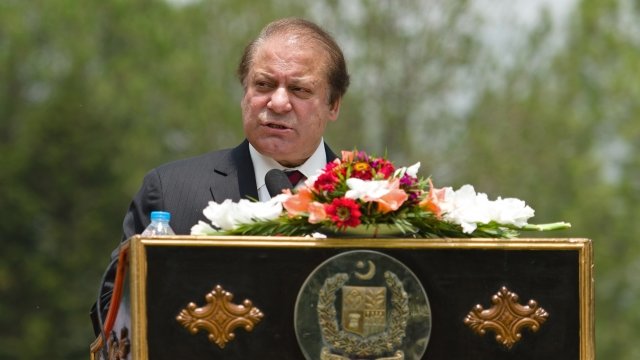 By Katie Cammarata
December 24, 2018
A Pakistani court found Sharif couldn't prove where he got the money he used to set up a steel mill in Saudi Arabia.
SHOW TRANSCRIPT

The court found that Sharif couldn't prove where he got the money he used to set up a steel mill in Saudi Arabia. He was arrested after the ruling was announced and will have to pay a $25 million fine. Sharif can — and likely will — appeal the verdict. He says the charges were politically motivated.

Sharif's supporters clashed with police in Pakistan's capital after the announcement. Law enforcement reportedly used tear gas on the protesters.

Pakistan's former PM was removed from office last year after the release of the Panama Papers, which showed his family bought expensive real estate overseas using offshore companies. Sharif was found guilty of corruption in July, but his 10-year sentence was suspended in September and he was released on bail while waiting for his appeal hearing.