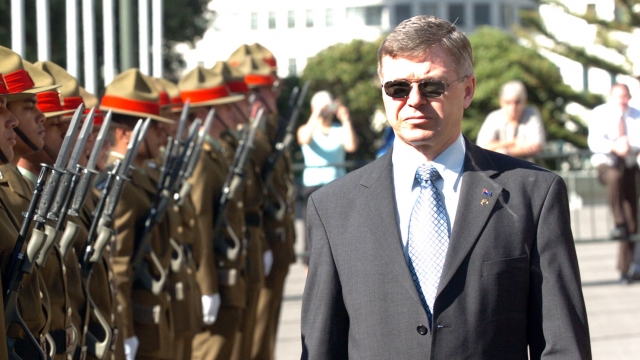 Kjell Magne Bondevik was detained for an hour because he visited Iran in 2014.

Former Norwegian Prime Minister Kjell Magne Bondevik flew into Dulles Airport to attend the National Prayer Breakfast. He was detained for an hour because he had visited Iran in 2014. He was there for a human rights conference.

Bondevik says he doesn't know how this could happen, especially when his passport says he's the former prime minister.

"They should understand that I don't represent any problem or threat," Bondevik told WJLA.

Bondevik said he understands the need to fight terrorism. But he questioned what will happen to the United States' international reputation if incidents like this keep happening.

The customs agents reportedly blamed the mix-up on a law former President Barack Obama signed in 2015. But Bondevik said he previously visited the U.S. after going to Iran with no problems.

Nearly 900 refugees who were traveling to the U.S. as President Trump signed an immigration ban will still be allowed in.

There's been lots of confusion surrounding the ban. Green card holders were initially detained at airports and barred from entering the U.S. Days later, the White House said they actually would be allowed into the country.

The federal government's currently at odds over how many visa holders have been affected. A Justice Department lawyer said over 100,000 visas have been revoked, but the State Department later said that number was fewer than 60,000.