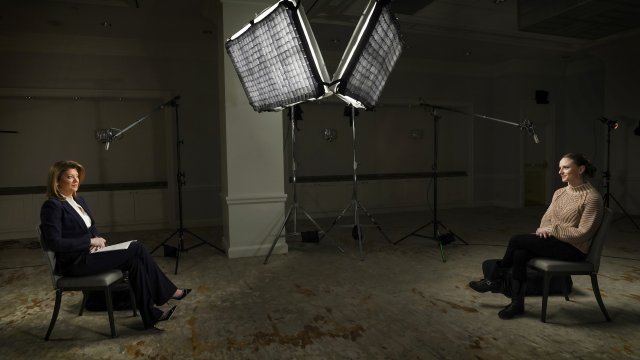 Charlotte Bennett, a former aide to the New York governor, sat down with Norah O'Donnell from CBS.

Charlotte Bennett, a former aide to the governor, sat down with Norah O'Donnell from CBS.

O'Donnell asked what was going through her head when Cuomo allegedly asked her extremely personal questions.

"What made you think he was trying to sleep with you," asked O'Donnell.

"Without explicitly saying it, he implied to me that I was old enough for him and he was lonely," said Bennett.

Cuomo has apologized saying the discomfort was unintentional and he's embarrassed, but he rejected calls to resign.

A new poll for Quinnipiac shows 55 percent of New Yorkers agree with him.

By Karl B DeBlaker / AP