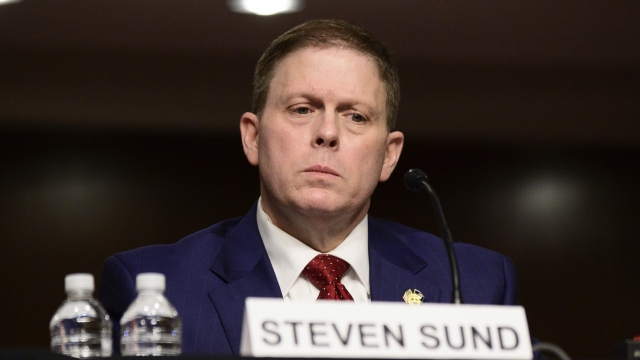 Steven Sund was among several other witnesses who testified before a Senate panel.

The former Capitol Police chief says his agency wasn't made aware of the threat Trump supporters were posing ahead of the Jan. 6 insurrection.

Steven Sund was among several other witnesses who testified before a Senate panel Tuesday in the first hearing regarding the Capitol riot.

Sund says the mob came prepared for war but says he never saw an FBI report detailing the threat of violence before Jan. 6.

"A clear lack of accurate and complete intelligence across several federal agencies contributed to this event and, not poor planning by the united states capitol police," said Sund. "We rely on accurate information from our federal partners to help us develop effective security plans."

One Capitol Police officer was among the five people killed at the riot last month.