Former Chad President Sentenced To Life For Crimes Against Humanity 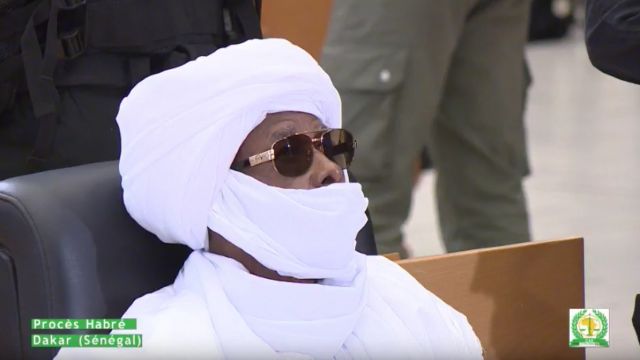 A Senegalese courtroom erupted in cheers Monday after a judge sentenced former Chad President Hissène Habré to life in prison. He was found guilty of torture, rape, war crimes and crimes against humanity.

Habré fled to Senegal after being ousted by a coup in 1990. His victims and the Human Rights Watch spent years trying to get someone to put him on trial for his crimes.

According to The Wall Street Journal, his trial marks the first completed war crimes trial of an African leader by another African government.

A spokesman for Human Rights Watch said, "This conviction is a wake-up call to tyrants everywhere that if they engage in atrocities they will never be out of the reach of their victims."

In addition to the ruling against Habré, a Chadian court recently found 20 of his top security agents guilty of torture.

In the case against the former president, dozens of survivors testified throughout the monthslong trial. Human Rights Watch reports about 4,500 people were named as civil parties in the case.

Habré's lawyers have 15 days to appeal the verdict.

This video includes clips from France 24 and Human Rights Watch.