Former Ambassador To The U.S. On Israel's Role In Ukraine 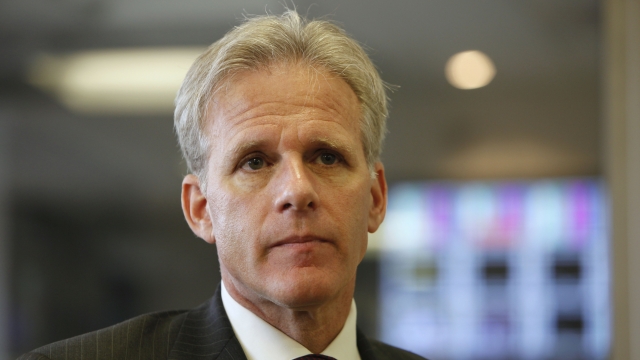 Israeli statesman Michael Oren discusses the global state of anti-semitism and Israel's role in the Russian war in Ukraine.

However, Israeli officials say while they're willing to provide Ukraine with humanitarian aid, they don't plan to supply any defense equipment.

Statesman, historian, soldier and author Michael Oren has had a long and distinguished career, including serving as the Israeli Ambassador to the United States. He says one of the fears among Israeli leaders is that the Russian army — which is stationed in Syria — will prevent the Israeli military from interfering.

Israeli Prime Minister Yair Lapid and President Isaac Herzog made clear that Iran's nuclear program will be a central focus in their discussions.

"The other great fear is for Jews in Russia," he said. "There are between 400,000 and 600,000 Jews in Russia and nobody knows what Putin could do to them or what kind of vengeance he could exact against them if Israel provides military aid."

Beside the war in Ukraine, Oren also brought up the dramatic rise in anti-semitic hate crimes. A report by the Anti-Defamation League found that anti-semitic incidents totaled 2,717 last year — which is the highest figure recorded since the organization began tracking in 1979.

"Anti-semitism throughout history has always been a byproduct of political extremism," he said.

The three-time New York Times bestseller will be at the Marcus Jewish Community Center of Atlanta Book Festival on October 26th to host a book signing and interactive discussion about his most recent novel "Swan's War," which was hailed by Kirkus Review as "intriguing, wonderfully delineated, and tension-filled."