For A Brief Moment, A Price War Drove Gas Below $1 Per Gallon In Mich. 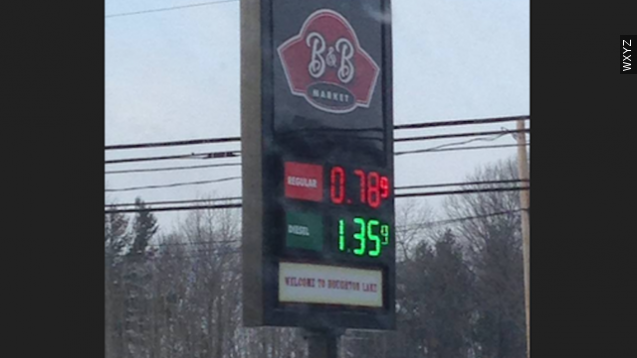 SMS
For A Brief Moment, A Price War Drove Gas Below $1 Per Gallon In Mich.
By Ryan Biek
By Ryan Biek
January 18, 2016
Gas prices in Houghton Lake, Michigan, hit as low as 47 cents a gallon over the weekend.
SHOW TRANSCRIPT

For a short time, gas dipped below a dollar a gallon at some stations in the U.S.

According to WWTV, several stations in Michigan had an apparent price war, drawing so many customers police had to direct traffic. One of the lowest prices over the weekend was 47 cents a gallon.

It didn't last long, though. Newsy's partners at WXYZ say by Sunday, stations that had been selling below a dollar were hovering around $1.74 a gallon.

The national average is around $1.89 per gallon.