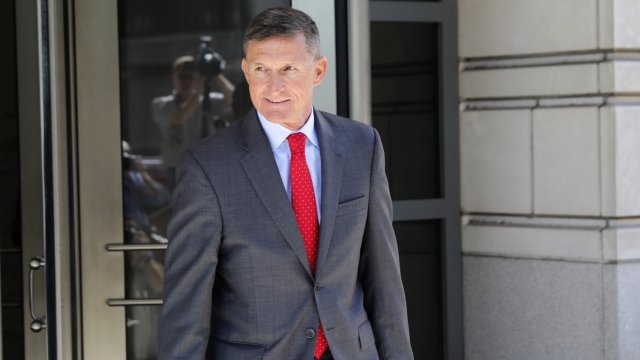 By Stephanie Liebergen
December 18, 2018
Bijan Kian and Ekim Alptekin are facing charges for allegedly working in the U.S. on behalf of the Turkish government.
SHOW TRANSCRIPT

Two of Michael Flynn's former business associates were indicted for trying to influence U.S. politicians to get a Turkish cleric extradited from the U.S.

Bijan Kian and Ekim Alptekin are both charged with acting as unregistered foreign agents. Alptekin is also facing four counts of lying to investigators. Kian was a partner at Flynn's consulting firm, and Alptekin owned a company that was listed as one of the firm's clients.

The case centers around Fethullah Gulen, a Turkish cleric who's been living in exile in Pennsylvania. Turkey believes Gulen orchestrated a 2016 coup attempt.

Court documents say Kian and Alptekin "conspired covertly and unlawfully" with the Turkish government to try to get Gulen extradited. Their efforts allegedly included an effort to get negative stories published about Gulen.

Part of that campaign included an op-ed written by Flynn and published in The Hill. Flynn isn't named in this indictment, but he already admitted his involvement in his own guilty plea with special counsel Robert Mueller's office.

Kian pleaded not guilty on Tuesday, and he is out on bail. Alptekin lives in Istanbul, and he's not expected to come to the U.S. to face the charges. But there is a warrant out for his arrest.