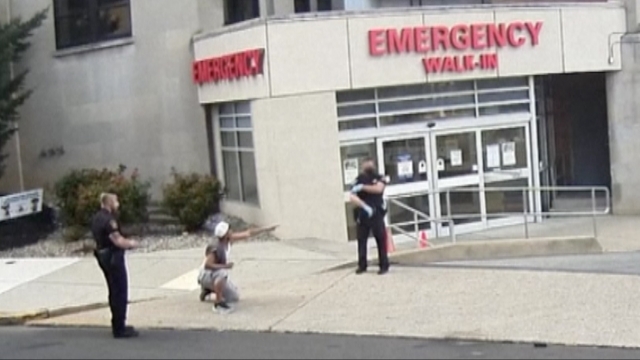 We want to warn you some of the footage in this video is graphic.

Questions about police reform are spreading outside major cities. In Allentown, Pennsylvania, this video shows an officer forcefully using the same neck restraint used on George Floyd in Minneapolis. It's also a move that’s banned under Allentown's police policy.

Ben Crump, a civil rights lawyer representing George Floyd’s family, says what happened in Allentown would not happen to a White man.

The Allentown Police Department released a 9-minute video without audio from another perspective. You can see 37-year-old Edwardo Borrero Jr., a Hispanic man, staggering to the ER. He violently vomits a few times. He teeters near the road, keeps his distance from officers. That's when an officer lifts him up and then kicks his leg to bring him to the ground.  The white car in the frame belongs to the witnesses who captured the incident on camera. Witnesses said: "I thought we mattered, we don't matter bro." 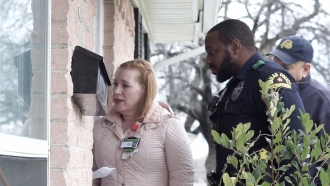 Hasshan Batts of Promise Neighborhoods of the Lehigh Valley said, "The nine minute video made it very clear that one of our neighbors was in distress. Rather than protecting and serving him, the police criminalized his pain. He was on his knees and he was begging.  ... He ended up with a knee to his neck."

Batts organized protests right after the incident. He demanded police accountability and more funding in community-based organizations. One such organization is Oregon's CAHOOTS.

Ebony Morgan of Crisis Assistance Helping Out On The Streets (CAHOOTS) said, "What if someone else? ...  If medical staff had greeted him outside and asked him if he needed to come in versus officers being the first people interact with him."

Morgan is a CAHOOTS crisis worker and a registered nurse in Eugene, Oregon. These workers don't carry guns but rather provide an alternative first response for incidents involving mental illness, homelessness and addiction. They've been working alongside the police for 30 years. Last year they took on 24,000 911 calls.

People with untreated mental illness are 16 times more likely to be killed by law enforcement. Morgan said the image of a police officer can be triggering for some, so CAHOOTS uses other tactics to de-escalate a situation.

Morgan: "The component that helps us a lot is that the community trusts us because our only role is to help… And we're trained to see people and their vulnerabilities rather than their threats, which is a direct opposition to our police department."

Community trust plays an important role, and that trust seems to be missing. The Allentown Police Department and the Lehigh County district attorney are investigating, but they have yet to release the name or badge number of the officer who knelt on Borrero.

Crump: "I do not think the Allentown Police Department is doing enough without releasing his name. That continues this pattern of mistrust between communities of color and law enforcement." 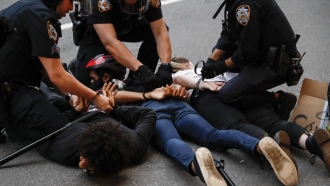 An affidavit obtained by Newsy says Borrero was charged with possession of drug paraphernalia disorderly conduct and public drunkenness to the point he posed a danger to himself and others. A police press release said Borrero was released after he was treated.

Batts: "That says a lot if this man was such a danger. He was such a threat, why is it that he was released?"

Borrero has had similar run-ins with the law. He has been charged eight times since 2015 with public drunkenness or possession of drug paraphernalia. Cat Sandoval, Newsy, Allentown Pennsylvania