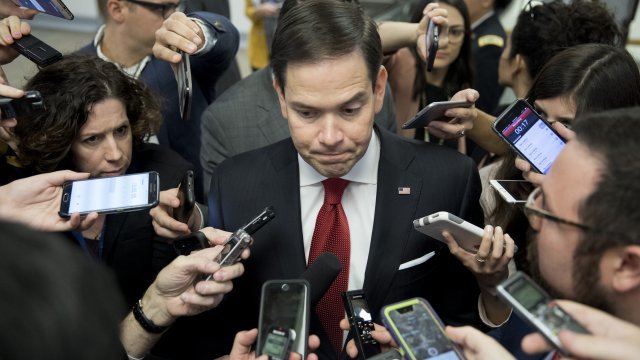 SMS
Florida Senate Passes Bill That Would Let Some Teachers Carry Guns
By Gabrielle Ware
By Gabrielle Ware
March 5, 2018
An amendment drastically reduced the number of teachers who would be eligible to have weapons at school.
SHOW TRANSCRIPT

Florida's Senate just voted on a bill that would allow some teachers to carry firearms in schools, among other provisions.

The plan was introduced shortly after the Parkland, Florida, school shooting. Many Parkland residents have publicly criticized it.

It was amended to drastically reduce the number of teachers eligible to carry weapons following backlash from parents, law enforcement officials and lawmakers on both sides of the aisle. And though the bill passed the Senate, it doesn't seem either side is completely happy with it.

Many Democrats want a ban on assault-style rifles, which isn't included in the legislation.

And most Republicans don't like that it would create a waiting period on rifle purchases and ban the sale of rifles to people under 21.