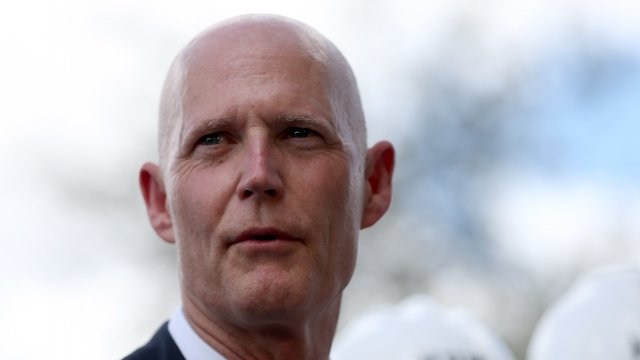 "People often ask me why I'm so fixated on job creation," Scott said in a campaign video. "Even though I grew up poor, I tell people I was born with a silver spoon in my mouth. You know why? Because I grew up in America, the land of opportunity."

Scott is, as he has before, running on a jobs platform. He touts 1.5 million jobs added in Florida since he took office. But it's important to keep in mind that the hike coincides with a national economic recovery, and Scott is still 200,000 jobs short of the 1.7 million-job goal he set coming into office.

The race is set to be a closely watched litmus test of sorts for what an alliance with President Donald Trump will mean for Republicans running for congressional seats this year. Scott is an ally of the president who rarely, and only slightly, distances himself from the commander in chief.