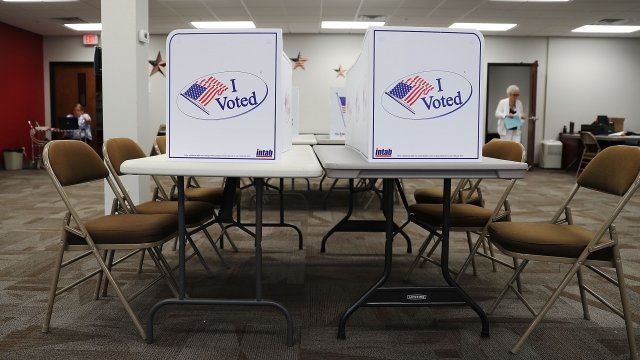 SMS
Florida May Soon Restore Voting Rights To Ex-Convicts
By Casey Mendoza
By Casey Mendoza
January 23, 2018
Florida has the highest rate of voter disenfranchisement in the country, according to the Brennan Center for Justice.
SHOW TRANSCRIPT

Florida is considering an amendment that would restore the voting rights to the 1.5 million citizens with felony convictions.

This effort was spearheaded by the group Floridians for a Fair Democracy. After being petitioned for years, the state certified the initiative on Tuesday for the upcoming ballot in November.

Sixty percent of voters are needed for the amendment to go through, which would require Floridian felons to fully complete their sentences — including parole or probation — in order to have their voting rights restored. Felons convicted of some crimes, like murder, still won't be able to vote.

Despite those caveats, the voting rights restoration effort would have a big impact on the swing state's elections. Back in 2016, President Donald Trump won with around 110,000 votes.

Florida is one of just three states to permanently bar all felons from voting — a policy that dates back to the end of slavery and linked to Jim Crow laws. The Brennan Center for Justice notes the state has the highest disenfranchisement rate in the country.