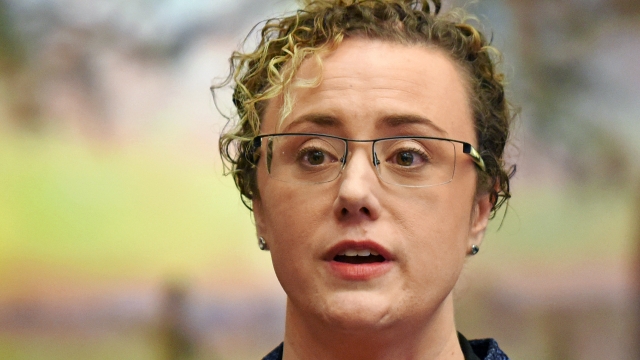 SMS
Florida Lawmakers Pass Parental Consent Bill On Underage Abortion
By Lauren Magarino
By Lauren Magarino
February 21, 2020
The bill would require at least one parent to give written permission for an underage girl to receive an abortion.
SHOW TRANSCRIPT

Florida's legislature passed a parental consent bill on abortion. The bill would require at least one parent to give written permission for an underage girl to receive an abortion.

An abortion provider who violates the proposed law would face up to five years in prison for a third-degree felony. A girl can ask a judge for a waiver from the law in cases of rape, incest or if a parent causes more harm than the procedure itself.

The bill expands on a current law requiring parents to be notified of an underage girl's abortion.

The vote came down along party lines.

"This is not the solution," Democratic Rep. Carlos Guillermo Smith said, after nearly four hours of debate.

Florida Gov. Ron DeSantis is expected to sign it. "I think parents, regardless of their opinions on the underlying issue, I think they want to be involved with what's going on with their kids," DeSantis said. If he does sign it, the bill will become law July 1.

Democrats argued the bill may lead girls to unsafe, untested methods of terminating a pregnancy. Some also said some girls are at risk of abuse or homelessness if their family finds out about a pregnancy.

But Republican lawmakers like Rep. Erin Grall, who sponsored the bill, said, "I refuse to accept that we should diminish the rights of all parents in the raising of their children because of the acts of a few."

Some also said children need permission to go on a field trip or need a parent or guardian with them to see an R-rated movie ... the same line of thought should be applied to "major life decisions."

Florida is set to become the 27th state with a parental consent law on abortion.