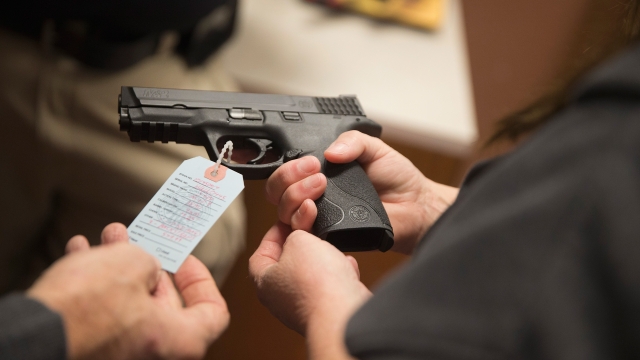 Florida teachers are one step closer to being able to carry guns inside the classroom.

The state's House of Representatives approved a school safety measure 65-47 on Wednesday which would allow teachers to arm themselves on campus.

Since Florida's Senate also gave its stamp of approval, the bill will now get sent to Gov. Ron DeSantis' desk. He's expected to sign it into law.

If that happens, school boards would still need to authorize allowing their educators to carry guns on their individual campuses. Teachers who choose to participate would be required to undergo at least 144 hours of training and take drug tests and psychological evaluations.

The bill expands on a state law requiring an armed guard be stationed at every school. That piece of legislation was passed after the 2018 mass shooting at Marjory Stoneman Douglas High School in Parkland.

That's located in Broward County, whose school board superintendent has already said it will not authorize its teachers to carry guns.

Other school districts are interested in participating, though. A spokesman for the Speaker of the House told Reuters that employees in at least 40 of Florida's 67 counties plan to undergo the necessary training if the bill is signed into law.