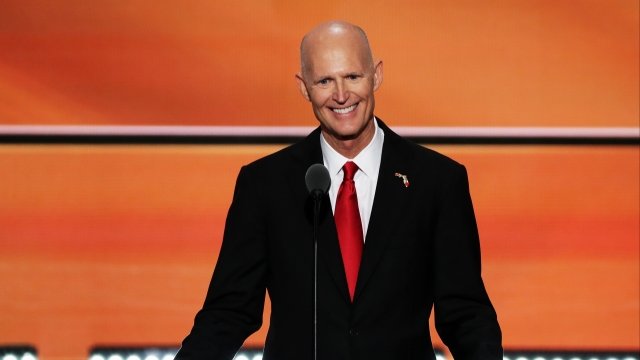 Florida Gov. Rick Scott teased a "big announcement" on April 9, and it's fueling speculation that he might run for Senate.

And Scott seems to be in a pretty good position to run. His approval rating is on the rise, and he's been steadily growing his federal super PAC.

But Nelson has won his last two races, and a Quinnipiac University poll found he'd beat Scott by about 4 points.

Still that's not a huge margin, and Scott has one major advantage: lots of his own money he can spend on the campaign.