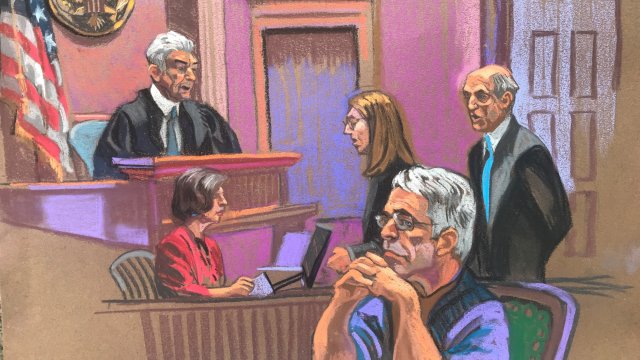 Florida Gov. Ron DeSantis has asked the Florida Department of Law Enforcement to take over a criminal probe into the case of accused sex offender Jeffrey Epstein.

DeSantis wants the state to look into a plea deal Epstein secured back in 2008 with then U.S. Attorney for the Southern District of Florida Alex Acosta. The deal allowed Epstein to avoid federal charges and plead guilty to two lesser counts. He was sentenced to 13 months in jail but was allowed to leave jail for a majority of the day to go to his office.

The State Attorney for the Nineteenth Judicial Circuit of Florida has agreed to oversee any court proceedings that come from that investigation.

Epstein's plea deal with Acosta was recently brought back into the spotlight and highly criticized. Acosta stepped down as U.S. labor secretary last month over his role in the agreement.