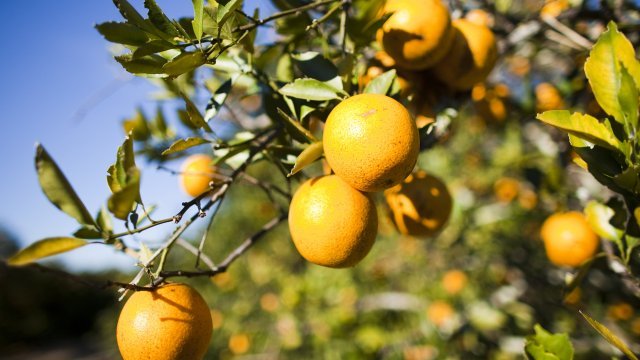 In the aftermath of Hurricane Irma, Florida is beginning to assess some of the major damage the storm did to the state's farmlands and agriculture industry.

Florida produces almost half of all citrus crops in the U.S. and is the second-largest orange juice producer in the world.

And Irma's gale-force winds hit farms in southwest Florida especially hard: One grower told The Ledger that 75 percent of its most mature oranges have fallen off the trees and half of its late-season crop is lost.

The Commodity Weather Group said Florida could suffer a 10 percent loss in oranges and up to a 30 percent loss of its grapefruit harvest. Early estimates say the storm could cause more than $1 billion worth of damage to crops.

Hendry County, which has the most citrus trees in the state, says the storm cost it 60 percent of its orange crop.

And Florida's losses will likely get worse. Farmers say many of their groves are underwater due to flooding.

The state was already dealing with a drop in citrus production due to an incurable disease affecting its trees. Last year, Florida had its worst production year since 1964.

The Department of Agriculture is expected to release its first estimates for Florida's 2017-2018 crop in October.