The Midwest Could Face Even More Flooding This Week 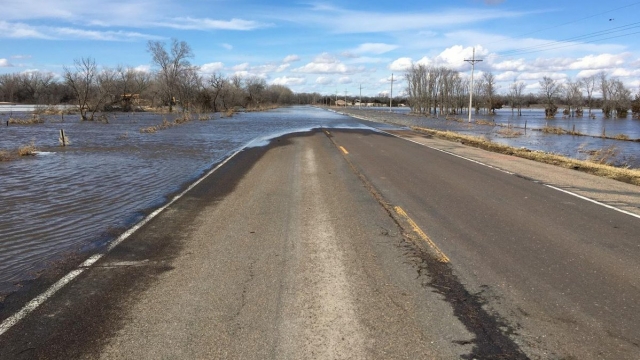 Meteorologists say parts of the U.S. along the Missouri and Mississippi rivers might continue to face flooding this week.

At least three people have died due to the rising waters. The governors of Nebraska, Iowa and Wisconsin all declared states of emergency in response to the historic floods. In Nebraska alone, the flood waters have broken records in at least 17 places.

One CNN meteorologist said the heavy rain and melting snow from the bomb cyclone that made its way across the U.S. last week went into rivers, which then burst their banks.

At the time this was published, flood warnings and advisories were still in effect for parts of the Midwest.