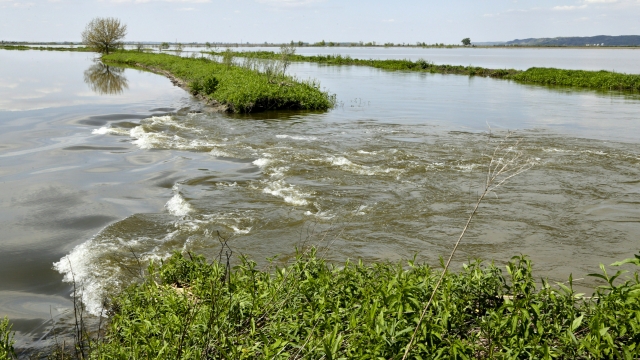 March of 2019 was just the start of what will be a years-long struggle to repair and rebuild livelihoods along major Midwest river systems.

A massive storm drove river levels higher and higher in mid-March until hundreds of levees across the Missouri, Mississippi and Arkansas River basins failed. Then came the record rains.

The Army Corps of Engineers estimated damage along the Missouri and Platte Rivers alone caused more than $1 billion in damage.

The floods of 2019 punched so many holes in the river levee system, just the initial fixes aren't expected to be finished until late 2021. The Corps is now racing to patch as many holes as quickly as possible, but farmers, homeowners, even entire towns are still vulnerable as the 2021 wet season ramps up.

The U.S. levee system is a true mishmash protecting millions of people and trillions of dollars of property and infrastructure near rivers. Much of it was built up following the Great Depression with no one agency charged with maintaining it. Some levees the federal government built, but the vast majority are built and maintained by locals. That makes for a massive range in the quality of levees, all of them expected to hold up for the safety of others.

It's an old, incredibly complex system facing a new reality: It wasn't built for floods like this. Experts agree wet seasons that are becoming more and more severe due to climate change will continuously challenge and damage one of the largest infrastructure systems in the country.