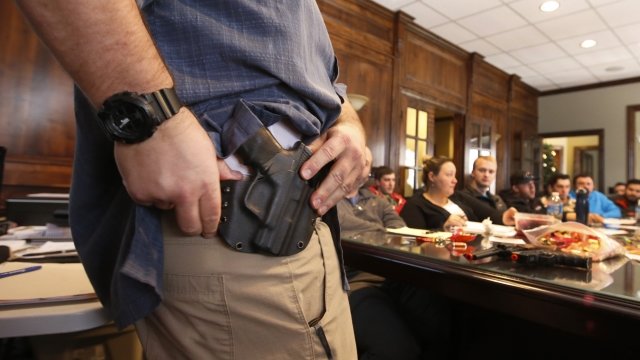 SMS
Report: Fla. Approved Concealed Gun Permits Without Background Checks
By Ethan Weston
By Ethan Weston
June 9, 2018
The employee in charge of the checks reportedly couldn't log into the background check system for over a year.
SHOW TRANSCRIPT

According to the Tampa Bay Times, the employee in charge of the checks couldn't log into the National Instant Criminal Background Check System and so approved tens of thousands of applications without the required check.

The Times reports the lapse came during a time when permit applications in Florida hit an all-time high.

Putnam is currently running for governor of Florida. His campaign issued a statement saying some background checks were completed later, after officials found out about the lapse. His office wouldn't say how many people might have been wrongly granted permits. Democrats have called for Putnam's resignation.