Florida Legislators Pass Bill That Prevents Some Ex-Felons From Voting 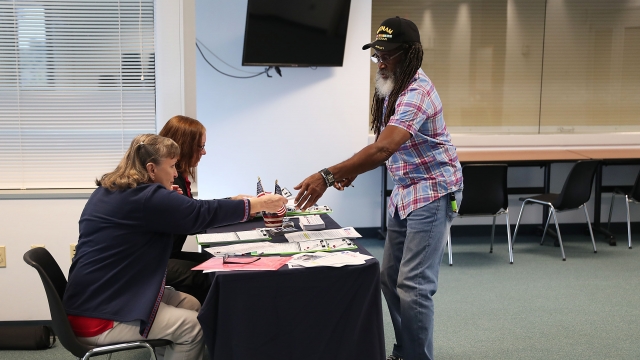 SMS
Florida Legislators Pass Bill That Prevents Some Ex-Felons From Voting
By LeeAnne Lowry
By LeeAnne Lowry
May 4, 2019
A bill requiring felons to finish parole, probation and pay fines passed along party lines in the state Senate and House on Thursday and Friday.
SHOW TRANSCRIPT

Florida lawmakers passed a measure that could be a major hurdle for some ex-felons who want to exercise their new voting rights.

Florida's Amendment 4 passed in last year's midterm election. It gave felons who have completed their prison sentence the right to vote.

In recent weeks, lawmakers have been debating what exactly it means to "complete" a prison sentence. Some Republican legislators believe former felons need to finish parole, probation and pay outstanding fines before the sentence is really complete. A bill stipulating these requirements passed along party lines in the state Senate and House on Thursday and Friday.

That's a major letdown for many people who thought they had just won the right to vote. According to the Brennan Center for Justice, the fee amounts are "often unpayable on limited budgets." People convicted of crimes are more likely to be poor and having a criminal record is a major obstacle to finding a job.

Under this bill, if a former felon can't pay their fees, they're at the mercy of a judge to waive it or convert it to community service. Otherwise, they're out of luck.

The right to vote is a delicate issue in Florida, which has had a narrowly-held Republican majority for the past two decades. The new measure is being criticized as Republican power politics.

In the 2018 midterm election, 90% of black voters chose a Democratic candidate. And according to the the Florida Department of Corrections, the state's inmate population is almost 50% black. That's disproportionate compared to the population as a whole. Black people only make up about 17% of Floridians.

The bill now heads to Gov. Ron DeSantis, who was against Amendment 4 and pushed for the new rules.