Fish With Rainbow-Colored Cells Shows Scientists How Skin Heals Itself 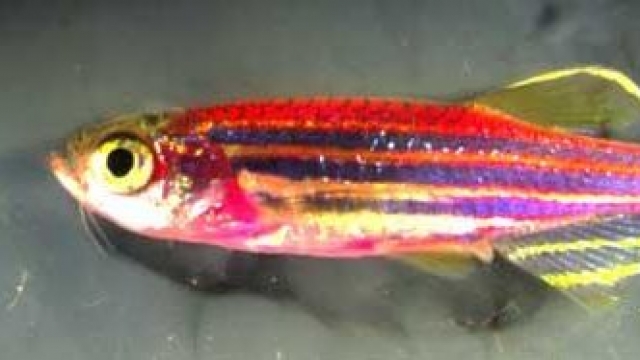 Scientists have created a fish with hundreds of different colors of glowing skin cells, allowing them to watch how skin heals itself cell by cell in real time.

The genetically modified zebrafish is aptly named "skinbow." The sheer number of possible colors for the skin cells makes it likely each one will glow a different color from the others around it.

That meant the researchers at Duke University were able to watch how the zebrafish's skin reacts to injuries.

They found skin cells move quickly to the site of the injury, new cells are created to replace the ones that moved, and those that moved expand to cover more ground.

People share 85 percent of their DNA with normal zebrafish, making the species a pretty good proxy to understand how human skin heals.

The "skinbow" research could prove useful in other ways, including studying how skin reacts to disease or medication.

Skinbow lets scientists watch how a large number of cells work individually and together.