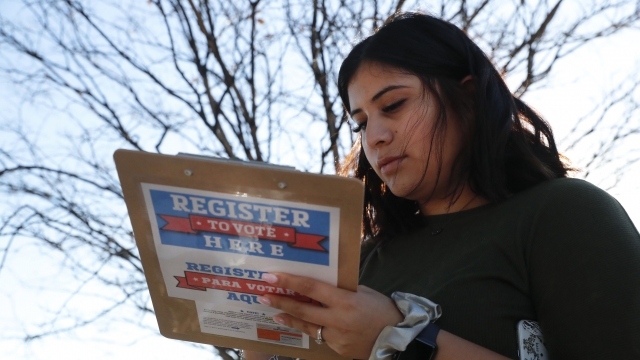 For the past seven years, Jim C. has cast his vote in Austin, Texas by mail ballot, which is an option available to registered voters over age 65. But this year, his application for a ballot looked a bit different.

It included a box requiring voters to list either their driver's license or the last four digits of their social security number. Jim chose to enter his social.

But on the day before the deadline to register for vote-by-mail in the 2022 primaries, he received a letter with print so small he needed reading glasses.

"There is a long list, in tiny print, of 16 regulations that must be met," Jim said. "So finally, when we got to the end, we saw that we had been informed that we missed the boat on the ID part of it."

His application to vote-by-mail was rejected a day before the deadline since the board of elections had his driver's license number on file and therefore would not accept his social security number.

For the first time in nearly a decade, Jim would vote in person.

The new regulation — just one part of Texas' S.B.1 — is a newly implemented sweeping election integrity law passed by the Republican-majority state legislature and signed by the state's Republican governor.

The League of Women Voters is one of many organizations in Texas that helps eligible voters register. They say the new law had an immediate impact.

"After the laws started to take effect, we had a ton of people who just didn't know what parts happened and which parts didn't," Valerie Debill with the League of Women Voters said. "If people think that they're going to be stopped from doing something they're trying to do, or they're going to get in trouble for doing it, if they succeed, they're not going to want to do it. And the more obstacles you put in their way, the more likely they are to give up."

The new measures and ballot access are front of mind for voters in liberal Travis County, which is home to Austin.

"I think it's okay with having one or two verifications, but also limiting hours and limiting access and having polling places that aren't conducive to everybody. It should be easier, not harder," she said.

"As a Black woman in America, it is sort of foundational, that this country has not provided equitable access to voting," she said.

"Think there's definitely room for fraud in different places," he said. "I think less in Texas and maybe some other places."

At the heart of Blanco County is Johnson City, which is the boyhood home of late President Lyndon Baines Johnson.

The Texas Democrat shepherded through and signed the Voting Rights Act of 1965, which for nearly 5 decades prevented states from enacting discriminatory laws targeting minority voters.

Some voters in Johnson City claim there is nothing discriminatory about the new law.

Carlette Lewis voted early in the Republican primary as well.

Back in Austin, Jim C. says despite his rejected application to vote by mail, the new regulations leave him undeterred.

"We had gotten to really like voting at home by mail and sending it in in plenty of time and, and being safe away from COVID, and so forth. And we lost that," Jim said. "Certainly, we'll try again. We'll go over everything with a fine-tooth comb."