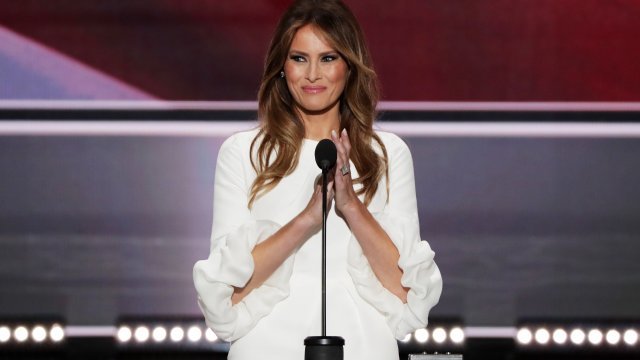 Almost a year and a half after her husband was elected president, first lady Melania Trump announced her official platform in the Rose Garden on Monday. She revealed the Be Best campaign, an initiative aimed at addressing "major issues facing children today."

"As a mother and as first lady, it concerns me that in today's fast-paced and ever-connected world, children can be less prepared to express or manage their emotions and oftentimes turn to forms of destructive or addictive behavior such as bullying, drug addiction or even suicide," Trump said.

Trump expressed interest in addressing cyberbullying back in March, but she was criticized by people who said the president himself exhibits poor behavior online.

The Washington Post reports Trump is aware of that criticism but that she said "it will not stop me for doing what I know is right." She reaffirmed that statement on Monday.

She said: "I will continue speaking with leaders in the technology industry about children's online habits and raising awareness around the importance of positive behaviors."

President Donald Trump signed a proclamation at the end of her announcement that declared May 7 "Be Best Day."