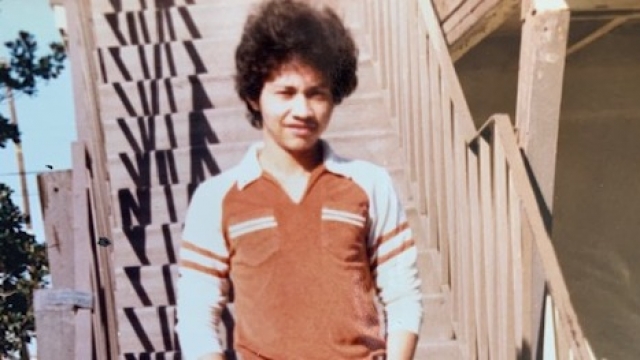 SMS
First ICE Detainee Dies From COVID-19
By Ben Schamisso
By Ben Schamisso
May 8, 2020
Carlos Escobar-Mejia tested positive for the coronavirus in late April while in ICE custody. Days prior, an immigration judge had denied his release.
SHOW TRANSCRIPT

Carlos Escobar-Mejia fled El Salvador with his mother and siblings as a teenager 40 years ago. He had been living in the U.S. ever since without legal status.

But in January he was taken into ICE custody due to a pending deportation order and decades-old criminal convictions.

On Wednesday, at the age of 57, Escobar-Mejia died from COVID-19.

It's the first confirmed death from the coronavirus among the nearly 30,000 people in immigration detention.

"My brother died because ICE didn’t release him. We suffer, the family suffers," Escobar-Mejia's sister said in an audio interview released by a local advocacy group.

Escobar-Mejia tested positive for the coronavirus in late April. Just nine days prior, an immigration judge denied his release, saying he was considered a flight risk.

"For weeks, we've been urging that if ICE did not respond, if the court did not intervene, it was not hyperbole to say that people were going to die," said Monika Langarica, an immigrants' rights staff attorney at ACLU San Diego & Imperial Counties.

She sued ICE last month for the release of vulnerable detainees at the Otay Mesa detention center, where Escobar-Mejia contracted the virus. The facility has the largest virus outbreak of all immigration detention centers.

"We welcome the release of people. We think it should be happening faster. We know now what the consequences are of not acting fast enough," said Langarica.

In reaction to Escobar-Mejia's death, ICE says it's "firmly committed to the health and welfare of all those in its custody and is undertaking a comprehensive agency-wide review of this incident." The agency adds that "fatalities in ICE custody … occur at a fraction of the national average for the U.S. detained population."

ICE has released hundreds of immigrants in recent weeks as advocates and health experts have raised concerns about how easily the virus can spread in detention centers.

"There's a lot of people here that are afraid. I don't know. I'm afraid, yes, to have COVID-19," said Jose Crespo-Venegas, an immigrant detained at the Otay Mesa detention center.

As of Friday, over 750 ICE detainees nationwide have tested positive for the virus. But the number of infections could be much higher. The agency has only tested 5% of its detention population.