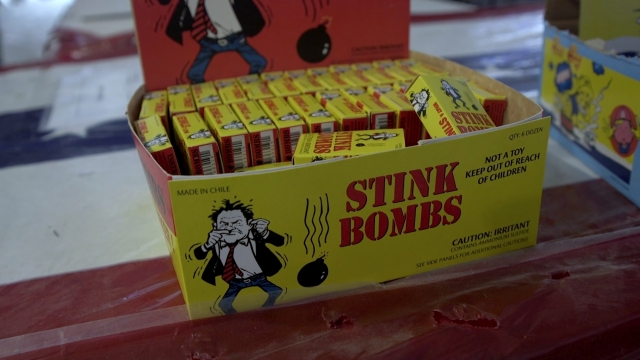 Customers can expect a little less bang for their buck this year. There's a fireworks shortage.

Ben Muzzey, the sales manager of Spirit of '76 Fireworks in Boone County, Missouri, says they weren't able to get as many fireworks as normal.

Record-breaking sales in 2020 exhausted retailers' inventory, putting more pressure on manufacturers — especially overseas. And shipping is a challenge, too. Costs have doubled.

"There used to be a lot more vessels available, ocean vessels, pre-pandemic that were making the long voyage to the United States from China," American Pyrotechnics Association executive director Julie Heckman said. "And so when there aren't as many vessels, everybody's fighting for that same limited amount of cargo space."

There are still fireworks to buy. They're just more expensive.

"We've got stuff, but I don't have the stuff that I would need to replace this," Muzzey said.

John and Daniel Weibel are visiting from Indiana. Daniel's dad has been shooting fireworks for about 15 years.

"I do a private show every year and I usually spend about fifteen hundred to two thousand dollars," John Weibel said. "This week I've been into 10 stores."

"I was planning on doing fireworks at our next football game," Daniel Weibel said. "So I'm trying to get something to make it pop. And I can't find none of the stuff I used to shoot."

"I cannot even grasp a hold of how expensive fireworks have gotten," he added.

"I think most people, when they shop, they go in with a budget so they know they're going to spend $200 say for their backyard fireworks this year," Heckman said. "They're just going to get a little bit less than what they would have gotten a year ago."