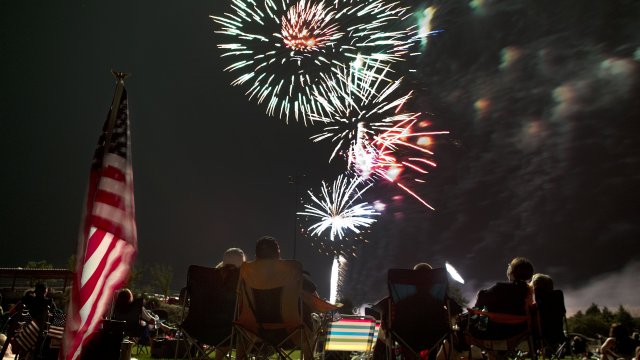 If you're planning to set off your own fireworks this Fourth of July, it's going to blast a chunk out of your budget.

The American Pyrotechnics Association says costs across the industry are up 35%.

China makes most of the fireworks sold to consumers in the U.S., and shipping costs have skyrocketed.

"The customers aren't complaining too much," Store Manager Michelle Kauflin said. "They understand after we take the time to explain it all to them and say this why and there's nothing we can do."

"Everything has gone up around town and everything," fireworks customer Robert Blenkle said. "You just got to go with it, I guess. I mean, I want to have some fun and have some people over to the house for the party. Like, what are you not going to do? Fill up your gas tank."

"I just try to stick in a specific range that I was trying to spend, maybe $400 or so," fireworks customer Nathan Metcalf said. "I had a coupon so I said, 'Hey, what the heck.'"

For a third year running, the skies will stay dark in some areas out west.

A severe drought is causing the cancellation of a popular public fireworks display in California's San Joaquin Valley. And other public shows in central California, Colorado and Arizona are also canceled because of the threat of wildfires.

Even though New Mexico has endured the most destructive wildfire season in recent history, major cities like Albuquerque and Santa Fe are going ahead with fireworks, but under fire department supervision.