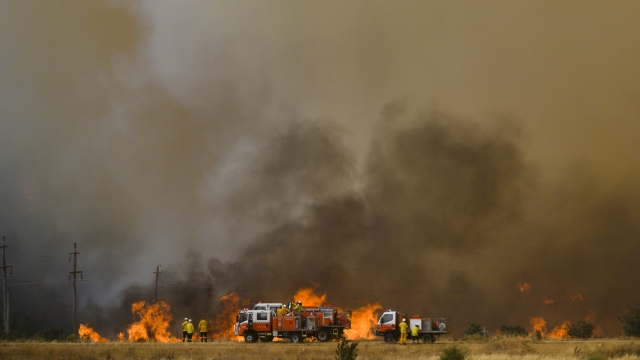 Officials in Australia are asking residents near the country's capital of Canberra to stay alert amid growing weather concerns and nearby fires.

On Twitter Tuesday, the New South Wales Rural Fire Service warned that strong winds and rising temperatures this week would increase fire danger in the region.

Fire crews are advising residents to take steps to protect their homes from embers and to follow emergency guidance.

As of Tuesday, fire crews say there are 62 wildfires burning in New South Wales, 22 of which are not contained.

Smoke from nearby fires has drifted heavily into Canberra, prompting crews to focus on containing the fires in those surrounding areas.