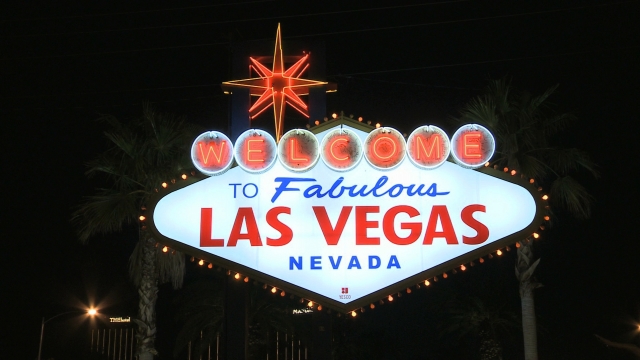 SMS
How One Alleged Fraudster Got Millions In Emergency PPP Loans
By Mark Fahey
By Mark Fahey
July 22, 2020
Banks had to move fast to get PPP loans to struggling businesses. But that also made it easy for one man to allegedly make millions through fraud.
SHOW TRANSCRIPT

The Paycheck Protection Program has handed out coronavirus aid to millions of businesses.

Plenty of questions have been raised about which businesses deserved help and which did not. But it turns out that some money may have also gone to businesses that don’t even exist.

I began by looking at LLCs -- a type of business often used to hide ownership.

That led to Wyoming, which makes it easy to start cheap and anonymous LLCs.

“Best Wyoming registered agent takes care of my state compliance, and keeps my name out of the public record."

Xtractd received between one and two million dollars through the PPP. It said the company had 87 employees doing some sort of “management consulting.”

But look closer, and things start to fall apart.

The company’s website is just a sloppy replica of the website for another, very real consulting company. It even links to that company’s videos.

On LinkedIn, XtractD says it has between 51 and 200 employees. But only seven are listed, and I could only find evidence that one of them was real.

That brings us to the big question: who actually GOT ALLL of that money.

The delinquent taxes for Xtractd were paid in December by someone named Ryan Davis. But public records link the phone number on the document to someone named Andrew Marnell. That’s the same person listed as the President and Founder of XtractD on LinkedIn.

Marnell has a history of financial troubles, including bankruptcies in 2006, 2007, and 2017. He owed money to dozens of creditors, including the IRS, business lenders and a casino.

I reached out to Marnell, hoping for a response. But as it turns out, I might be waiting a while.

Because the next day the DOJ announced that he had been arrested for bank fraud. According to the complaint, Marnell applied for loans through at least six LLCS. He allegedly went to multiple lenders with altered documents and fake names to apply for PPP funds.

Most banks approved the loans. In the end he obtained nearly $9 million, according to the government. He allegedly blew hundreds of thousands at a casino in Las Vegas. Millions more were lost on risky stock market bets.

Marnell isn’t the first person who has been charged with PPP fraud, and he almost certainly won’t be the last. Banks across the country had to move fast to get money to struggling businesses. But now they’re working with the government to find fraud after the fact.