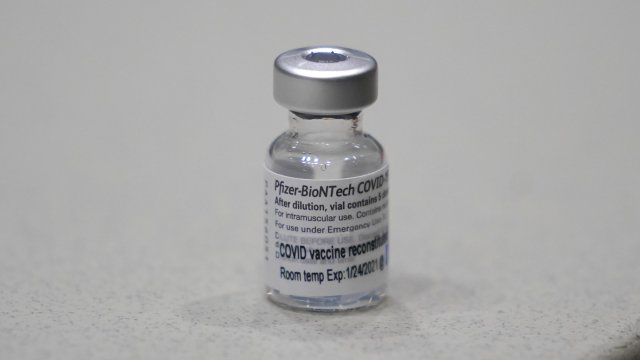 Health departments are working faster than ever to get the COVID-19 vaccines into as many arms as possible. But for some people, getting the shot presents a moral dilemma.

“Today, if they were offered, we would wait,” said Stacy Trasancos.

Trasancos is one of many anti-abortion Americans grappling with getting a COVID-19 vaccine. The concern? Developers used cells that may have originally derived from an aborted fetus.

“I would be willing to quarantine in my home if that’s what it took to avoid taking the vaccine,” Trasancos said.

Trasancos is the executive director of the St. Philip Institute, created by Bishop Joseph Strickland in Tyler, Texas. He instructed his parishioners to reject vaccines created or tested with fetal cell lines, even after the U.S. Conference of Catholic Bishops and Pope Francis said they were morally acceptable.

Strickland isn’t the only one, though. Abby Johnson, an anti-abortion activist who spoke at the Republican National Convention last year, is lobbying against the vaccines. Other groups, like the national Christian organization Personhood Alliance, call them “wholly unethical.”

It’s not clear how many Americans are avoiding the vaccine due to fetal cells, but according to a Gallup poll, nearly half of the country identifies as "pro-life." And the debate is nothing new; vaccines for other viruses, including measles, rabies, and rubella, are produced using fetal cells. But it does demonstrate a disconnect within the anti-abortion movement amid the pandemic.

“I think it could even harm the pro-life cause, if widespread refusal of pro-lifers to take the vaccine seriously hindered the very important goal of achieving herd immunity,” said Melissa Moschella, visiting fellow at the Heritage Foundation and philosophy professor at Catholic University.

Some researchers say fetal cells are more effective at evoking an immune response than alternatives. Kristan Hawkins of Students for Life acknowledges it’s a complicated issue, but says health concerns within her own family means accepting vaccines that used them in testing.

“I do believe you can be pro-life and take a vaccine, under duress,” Hawkins said.

Anti-abortion legislators have been less vocal on the issue than activists. One of the medications former President Trump took after his COVID-19 diagnosis was developed using fetal cells. And former Vice President Mike Pence received one of the two available vaccines, which other anti-abortion lawmakers are encouraging Americans to do as well.

“That would avoid most of the ethical issues, because those are the only two vaccines available in the United States,” said Rep. Andy Harris (R-MD).