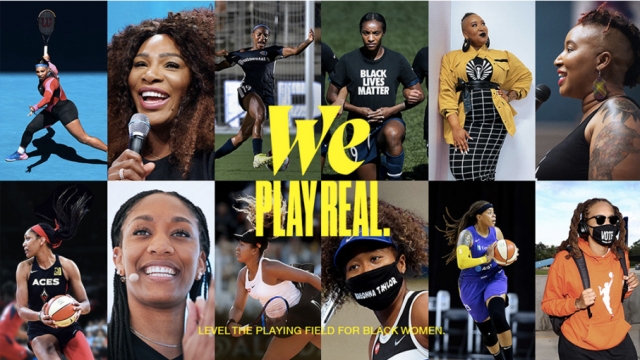 When it comes to campaigns aimed at empowering women, we see many grace our TV screens and social media feeds each March — timed perfectly to coincide with Women's History Month.

As heart-warming as some of these ads may make us feel, what are messages like "be confident" or "be proud" really conveying to the potential consumer?

Sarah Banet Weiser of the London School of Economics: "Those are all important aspirations, but very rarely do they actually talk about the kind of structural ground that encourages women to feel less than confident in the first place."

Instead of focusing on the individual, media experts say so-called "femvertising" is most effective when it addresses institutional issues that lead to sexism or gender bias.

SheMedia CEO Samantha Skey: "Secret is always a favorite of mine because I think that sweat and athleticism and sports are all really great spaces in which to discuss gender equality and positive dynamics for girls in particular."

SheMedia — a woman-run digital media company — coined the term "femvertising" in 2014. According to its latest research, consumers think it's important to support brands that align with their own values. They don't want companies to just use feminism as a tagline — they want them to be walking-the-walk off camera too.

We've seen these ads deployed as lip-service before. KPMG released this ad on women breaking glass ceilings in 2015. Meanwhile, the professional services network was fighting a gender discrimination lawsuit alleging it denied promotions to women and penalized them for taking maternity leave.

Skey: "If we as consumers care about gender equality, care about racial diversity, we should look at the messaging. But well beyond the messaging, the packaging, the product itself to the company that is generating profit from that product."

So how can companies go beyond using feminism as a marketing strategy? For starters, they can run these types of advertisements more often during the year.

Skey: "It's like we forgot all about women or black people, cause it's not Black History Month or Women's History Month. It's gotten pretty tacky and embarrassing."

Banet-Weiser: "To compartmentalize it in one month already suggests that this is something that is sort of an ephemeral political cause for a corporation rather than something that they should be working on year round."

And brands can go beyond media visibility and shine a light on other organizations helping women.

We're already seeing some of this: Nike invested half a million dollars in Black Girl Ventures this year to support Black and Brown female entrepreneurs. And Google committed $25 million in grants to nonprofits helping address economic inequities faced by women and girls.

It’s initiatives like these that "femvertising" experts say can really make a difference when it comes to empowering and uplifting women.

Banet-Weiser: "Recognizing and making visible organizations that whose main purpose is to challenge structural gendered inequalities would be a move in the right direction."