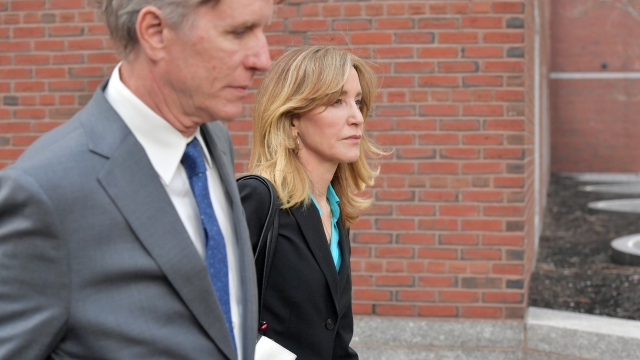 Huffman pleaded guilty to conspiracy to commit mail fraud and honest services mail fraud. For her part, she admitted to paying $15,000 to help her oldest daughter cheat on the SAT exam.

Huffman was one of 50 people charged in the nationwide scandal in March. Court documents allege wealthy parents paid to help their kids cheat on college entrance exams or fake athletic credentials to get into elite universities. Almost half of the defendants have since pleaded guilty, including Rick Singer, the man who ran the whole scheme.

The maximum sentence Huffman could face is 20 years in prison, but prosecutors asked the judge to give her a much shorter sentence of just four months. They also asked that she pay a $20,000 penalty, far less than the $250,000 maximum fine the judge could hand down.