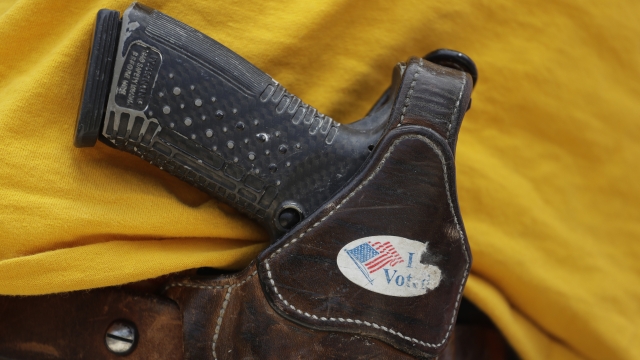 The deadly shooting at an Indianapolis FedEx facility is putting a spotlight on Indiana's red flag law.

"This case does illustrate some of the shortcomings that exist with this red flag law," said Marion County prosecutor Ryan Mears.

The law allows allows police to confiscate someone's firearms when that person is deemed a threat to themselves or others, and in some cases the guns can be taken before there's a court order.

In the case of the FedEx shooter, his shotgun ended up in police custody in March 2020 after his mom reported he might attempt "suicide by cop." After taking his gun, officials had 14 days to file a petition with a judge to formally issue a red flag order. But that never happened.

"We did not file a follow-up petition because we had already achieved our objective, which was to prevent that firearm from going back to this particular individual," said Mears.

That decision meant in the following months, there was nothing to prevent the shooter from legally buying the two new firearms that were ultimately used to kill eight people.

Gun rights advocates say red flag laws, or extreme risk protection laws, can be effective, but that safety concerns need to be balanced with due process.

"This idea of intermediate, temporary measures that are focused on restoring people to health, especially when we're talking about mass public shootings, there's a huge role that they can play, as long as, you know, that they're well written and implemented in a manner consistent with due process," said Amy Swearer, a legal fellow at the Meese Center for Legal and Judicial Studies at the Heritage Foundation.

According to Everytown for Gun Safety, 19 states and Washington, D.C., have some kind of extreme risk protection law. But even though a red flag petition wasn't filed for the FedEx shooter, Marion County prosecutor Ryan Mears says the case still highlights a notable loophole in Indiana's law.

"If we initiate these proceedings, there's nothing prohibiting that individual from going out to purchase an additional firearm or 20 firearms. They are free to do that until there is an actual documented finding where a judge says, 'I can find, by clear and convincing evidence, that this person has a propensity for violence or mental instability,'" said Mears.

The investigation into the FedEx attack and the shooter's motives are ongoing.